Access to the international oil market is a key factor for a country's economy. Oil producing countries that can't access the market are unable to turn natural resources into cash. Non-producing countries rely on the international oil market to power their country – without a reliable energy supply their economy, industry, and food production will be significantly affected.

Detecting these ship to ship transfers is important and extremely challenging. Jataware has developed a high performance, automated method for detecting ship-to-ship transfers based on Automatic Identicication System (AIS) position data and publicly available ship registration information. The global AIS system provides bi-minutely position, weight, and heading reports and are logged by the vast majority commercial ships. Over the course of many months of research and iterative development, we fine-tuned our methods to detect thousands ship-to-ship transfers, and are now able to shed light on these previously hidden activities. 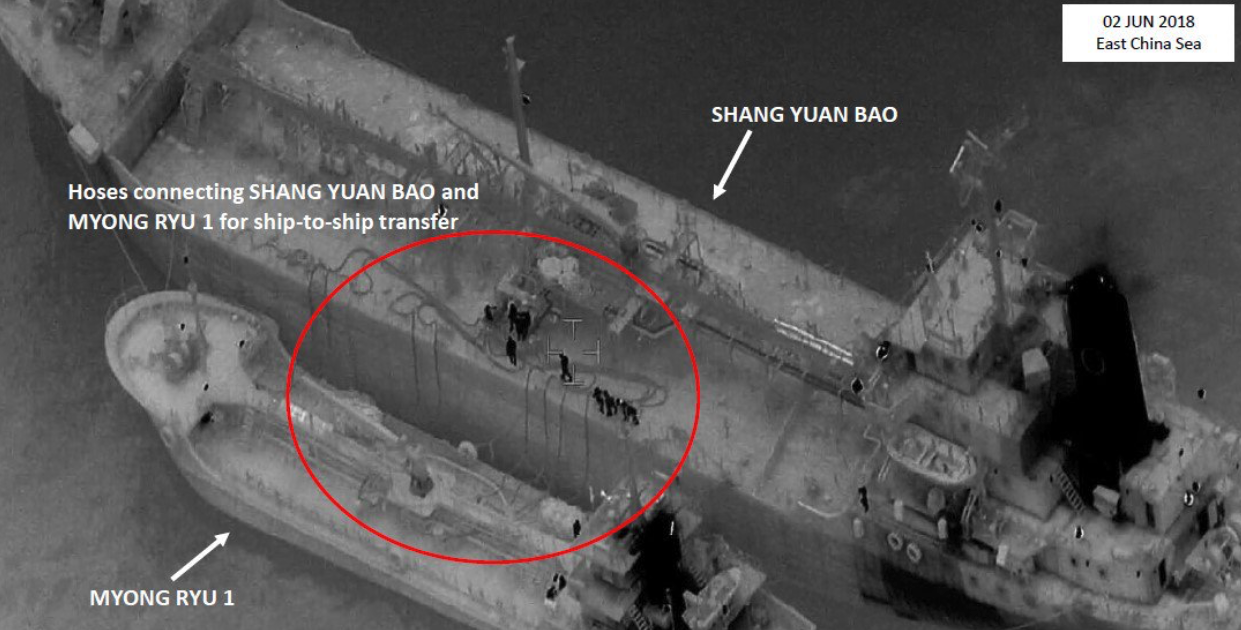 A ship to ship transfer is a long process which lasts about 3-5 hours. During this time the ships must remain directly adjacent to one another, attached while oil flows between the two vessels. These ships will also maintain low speed for the duration of the transfer.

If the vessels' AIS transponders are active off during the transfer, (i.e. used as intended), detecting ship-to-ship transfers becomes possible since the vessels' will transmit near each other for hours on end or go offline right after they meet up.

However, the ocean is a vast place and there are billions of AIS records captured by satellites per year. The signal is often lost in the noise. 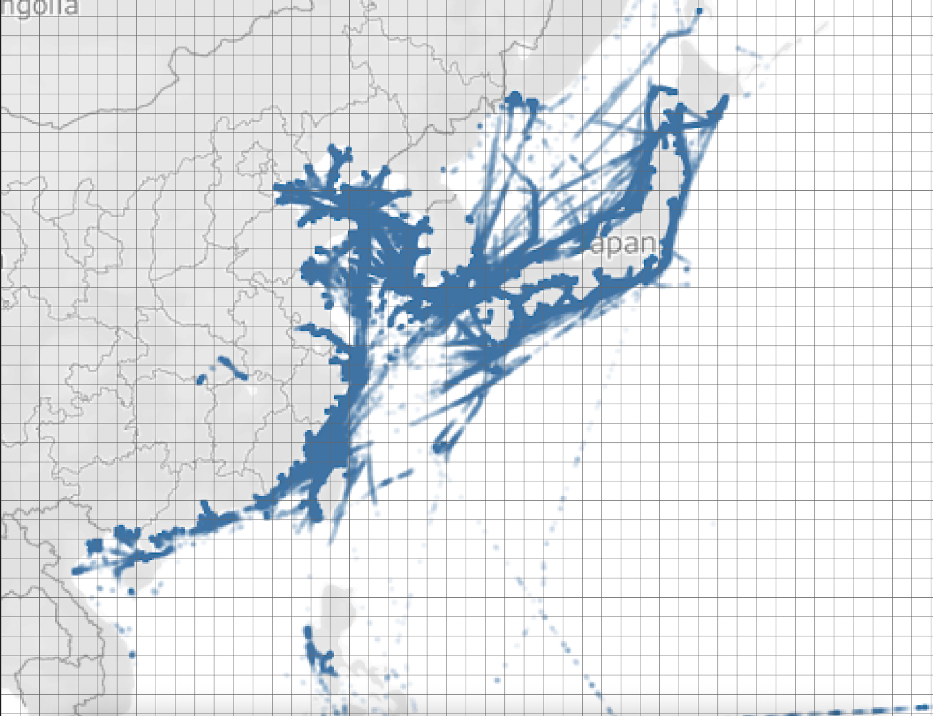 By performing a grid search over known smuggling areas of interest we are able to detect vessel meet-ups.

Our approach relies on big data techniques to filter massive amounts of data. We filter out common shipping lanes, fast moving vessels, and vessels that might be involved in a rescue operation. Our approach can quickly and efficiently identify suspicious vessels, including the ones manually identified by the New York Times and C4ADS. 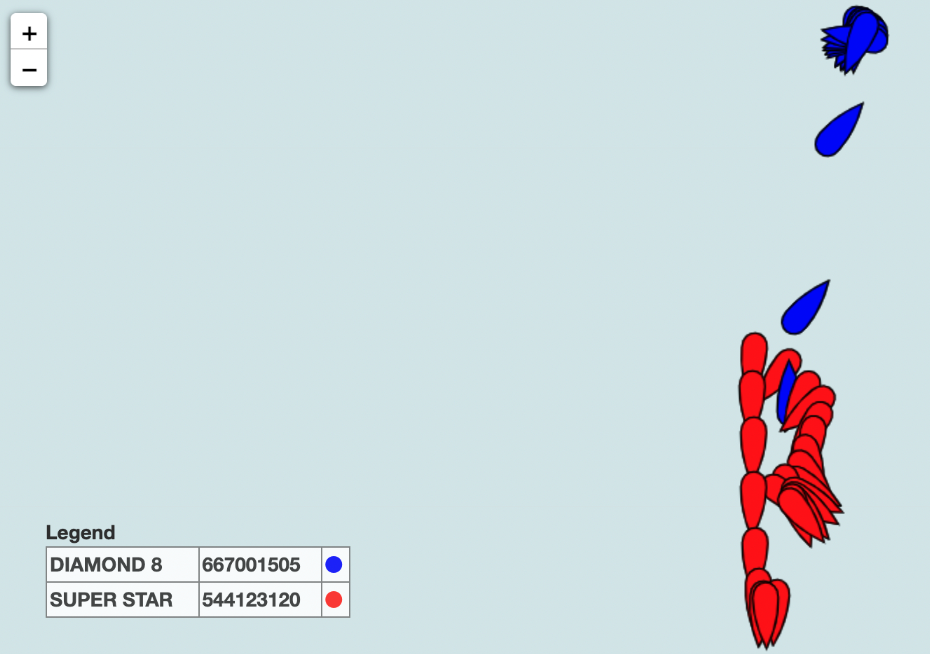